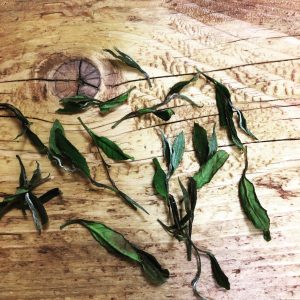 Organic, hand picked, direct from the farmer … it doesn’t come any better than this!👌 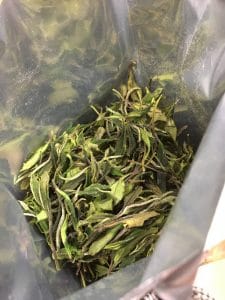 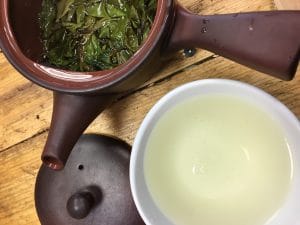 FURTHER UPDATE: A few weeks ago, Farmer Ryo contacted me to say that he had managed to pick a tiny amount of tea which had been processed into white tea of the very best quality – 1 leaf and 1 bud. He asked if I wanted this tea, as someone else was also wanting it.  As you know, we have previously bought this farmer’s entire crop of white tea. As you can imagine, I rushed to say yes, and I now have 50g of this high grade white tea, but it is not for sale. What I do have for sale is Ryo’s next grade, 1 bud 2 leaves, and this is for sale at £10/20g.  I’m also pleased to say that I have 500g of last year’s white tea, 1 bud, 3/4 leaves, and it is absolutely delicious – very well kept.  Please make sure you choose the correct year!

UPDATE: Tea farms in Wazuka were all badly affected by a late frost during the middle of April, which caused considerable damage to the crops. It is with sadness that we have to say that Ryo’s delicious white tea will not be available this year.

Organic, hand picked, direct from the farmer … it doesn’t come any better than this!

I was introduced to the farmer Ryo Morisaki during my trip to Japan last year, when we had a tour of different styles of tea farm. Ryo left a job in computers in Japan to become a tea farmer in Wazuka, and showed us to one of his tea fields, high up on a steep mountainside. He gave us a sample of his white tea – a very rare thing in Japan, where the focus is on tencha for the matcha market, and sencha.

I didn’t try this sample of white tea until I got home, and to be honest, I had my mind totally blown! The taste of the tea, was the smell of the field it grew in! I couldn’t believe what I was tasting – it took me straight back to that field, the heat, the sounds, the sensation of sweat on my skin.  I contacted Ryo on Instagram to tell him how I found the tea, and asked if it was possible to buy more. He only had 300g of that first harvest left, so, tea geeks, I bought it.

The morning it arrived, it filled the shop with smells as fresh the field. With whole green leaves and buds, bright green.